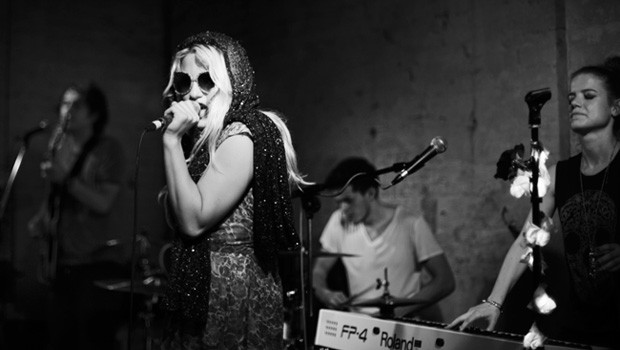 The London Spring Antifolk Festival 2013 will take place on Saturday, May 18th at the 12 Bar Club in Soho (Denmark Street, London WC2H 8NL).

It will be the first proper festival in London for 6 months, and features the usual mix of Antifolk stalwarts and newcomers. Keep an eye out for the new opening acts, The Sound of Antler, an outfit from Brighton who make good use of the accordion (reminding me a bit of a less troubled Tim Tomlinson) and the Wildflowers (pictured above), with a nice blend of Punk and Country music.

We have a very European feel this time. Acts from across the waters include The Missing Leech, one of Spain’s leading Antifolk artists, travelling over for his first London Festival, Norwegian favourites Trond K & The Serious Issues (making their second appearance at the fest) and Sweden’s Aniara.

Regulars like Corporal Machine & the Bombers and The Sneezy Ts feature, while the very talented Simon Breed joins us again. Bournemouth’s finest, Shit, play for the first time in several years. Last time they were still young enough to be singing about World of Warcraft, so it will be interesting to see if they’ve progressed to crack cocaine and maybe even Skyrim.