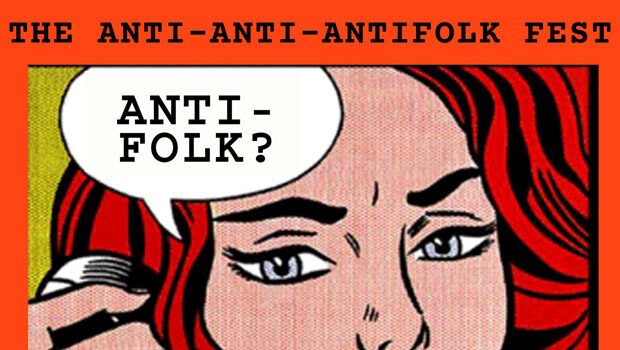 The Anti-Anti-Antifolk Festival takes place at the Brixton Windmill on Sun 20th Nov.

Ten weird and wonderful acts over the space of 9 hours.

Black Kes – four skiffle troubadours from Hull, famed for the joyous theatrical exuberance of their live shows. Singer JT – part Frank Sinatra, part Les Dawson – will take on a whirlwind tour of songs about Oliver Reed, pro wrestling, and how the Hull Daily Mail will print (almost) anything. If you fancy running around the venue to the Benny Hill theme tune, then Black Kes may just be your band.

Lerryn – featured in past live shows at the Windmill in DeadArm, The Rebel and Mellah – returns for her first live show in 5 years with a preview of her forthcoming EP ‘As a mother’. Not to be missed.

Extradition Order – Their “American Prometheus” album was released in 2020, a Northern Soul album about the atomic bomb, following the life and career of J Robert Oppenheimer around the Manhattan Project. This was the second of their American Century trilogy after an album about John F. Kennedy and family. They are currently recording the final part of the trilogy about food writer M.F.K. Fisher.

Gary Paradiso & His Peccadilloes – South London’s premier chanteur extraordinaire. Purveyor of doom-wop, shlockabilly, shed rock and plastic soul. Light entertainment which goes beyond the pail. Paradiso has been described as everything from “a pound-shop songsmith from Chip Pan Alley” to “the Pearly King of royalty-free music.”

Marilyn Joy – Marilyn Joy is a London-based artist/singer-songwriter, writing and playing melody-driven songs sometimes inspired by personal experience and is apparently an ‘unpredictable’ and ‘exciting’ live act. Simplicity of sound belies 20 years experience of her instrument. Her fave radio station is Radio X
Plus more TBC! 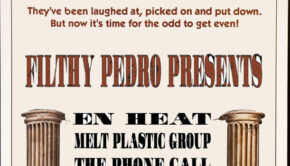 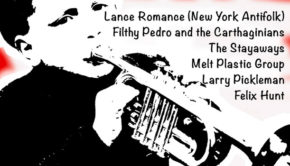