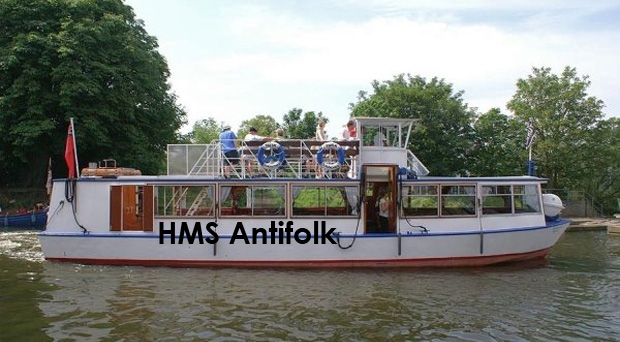 It’s already been a busy Antifolk summer, with the Summer Solstice Special, the Lach Antifolk Extravaganza at the Camden Barfly and the recent Brighton Antifest.

Hosted by Big Gay ‘Black Belt’ John
On the Sunday we see Antifolk take to the waters, with the Antifolk boat. This is an actual moving boat, so if you miss the launch, then your buggered!