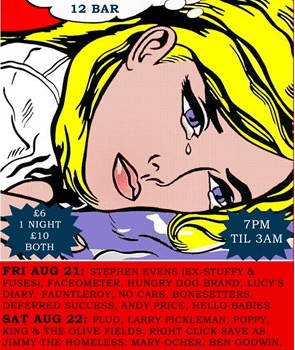 Roll up, roll up, although you’ll have to go outside to smoke it. Not that it matters, as it’s so nice and hot, and it’s time for the Summer Antifolk Jolly. Yes, the Summer Antifolk Festival will take place at the 12 Bar Club in Soho on Friday 21st and Saturday 22nd August.

Please note this is all VERY provisional, and bands and times are still being confirmed.