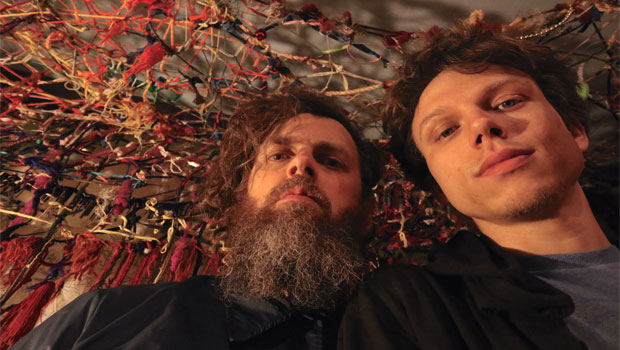 Seth Faergolzia (ex-Dufus, ex-23 Psaegz) will hit the road this July with his latest project, Multibird

This special duo tour will kick off with a performance at Rubulad in Bushwick on July 16th 2019.

Since forming in 2014, critics have hailed Multibird’s sound as “tender and calm” (New York Press) and “twisted and distorted” (Relix) in equal measure. Where Faergolzia’s critically-acclaimed avant-rock outfit, Dufus, shook up New York City in the ‘00s with punk-rock gymnastics and Captain Beefheart-esque abrasion, Multibird creates the communal amiability of a warm gathering around the hearth.

A given Multibird show can lead almost anywhere, from raucous foot-stompers to songs soft and careful, all the while anchored by Faergolzia’s enigmatic voice and captivating presence. Outré as the four-piece may get, fans of Mumford and Sons will still feel right at home.

The Multibird duo consists of Faergolzia (acoustic guitar, loops and vocals) and Shaun Jones (electric guitar, vocals, and percussion). These two versatile and powerful musicians bring a huge sound despite the small ensemble.

Faergolzia has played stages in over 20 countries over 20 years and has made appearances at the End of the Road Festival, Greenman, Rockaway Beach Festival, Zappanale, Hunsrück Open Air, Haus der Kulturen der Welt, Burning Woman, One of a Million Festival, Out in the Kraut, Fringe Festival, etc. In addition, Faergolzia’s projects have played support for such acts as Animal Collective, the Yeahyeahyeahs, Kool Keith, Dan Deacon, Jeffrey Lewis, Moldy Peaches, Langhorne Slim, Frank Turner and loads more.

Please get in touch at multibird.music@gmail.com for guest passes, interviews and for more information.

Tour updates will be announced on the band’s website, https://faergolzia.com/ along with music videos and excerpts from Faergolzia’s upcoming puppet opera movie.