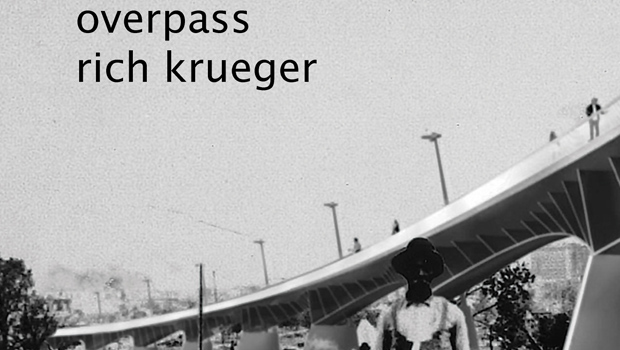 For an intemperate hoarder of gaudy artifacts of 20th Century pop culture, Dr. Krueger steadfastly avoids the pop tropes of the contemporary world.

Here you’ll find no slushy lo-fi three-chord rave-ups, nor computer-bred beats, nor gratuitous hip-hop urban sprechgesang, nor autotune, nor chilly subsonics, nor dance floor breaks, nor whispery girl vocals, nor webs of delay loops. In fact, you may find no hint of the 21st Century at all.  But for all that, this is a surprisingly eclectic collection: each of the four songs (putting aside the hidden track) is provided a unique setting with an appropriate cast of guest musicians.

At his core, Krueger is an old folkie at heart (although an esotericist in practice), with a folkie’s love of text above all.

You may lose count of the times he sings past the bar haphazardly into the next line.

None can dissuade him in this.  An anglophile par excellence, dare I say a not-so-young English romantic in the manner of Graves or Housman or D. Thomas, tuning their inner radio to such exquisitely refined sensitivity so as to receive the etheric broadcasts of some idyllically throbbing world soul from two or more universes away.

Typically, Krueger’s modus operandi involves digging out a small shard of memory or impression, not enough to even call a story, and spin a phantasmagoric avalanche of imagery around it.  This may prove antithetical to the contemporary audience, who may grow restless with his protracted enthusiasms; nonetheless, his is a precious contribution.  Krueger’s loquacity is a singularity.

No one ever asked me to write liner notes, and I would never usually volunteer such a thing, involving as it does some physical effort.  But heck, since there are only four songs (plus one – SECRET!), here’s the quick rundown for the attention impaired:

Track One: A Short One on Life.  Of course, the “short one” runs well past the four minute mark.  As always once Krueger starts to unload he can’t stop himself.  Sonically, he seems to be making a bid for the Nashville radio mass audience, but he almost immediately self-sabotages with, well, length, vulgarity, embittered politics and unguarded anatomic observations.

Track Three:  Yesterday’s Wrong (Green).  Each successive song seems to grow less structured and more discursive.  This one takes a turn toward South Asia with tasty tabla and sarangi (a kind of vertical viola/hurdy gurdy honeycombed with resonating strings).  There seemed to be no discernible narrative and also:  Why Green?

Track Four: What We Are.  This brings this collection to a satisfying conclusion, with its gospel overtones and wooden hearts and name-checks history’s most evil fiddlers, Emperor Nero and Spade Cooley.  My fave.

Overpass is a preview of his current project, a half-finished two-disc collection gradually assembled from songs old and new.  If this handful of songs is in any way representative of the whole, followers would be well advised to reserve room for three spots on their CD racks for the follow-up.