Rochester, NY – If you’ve ever taken a stroll down the jagged back-roads of classic antifolk, surely you’ve come to

Million Pebble Beach consists of singer/songwriter Claire Baker and her piano. This collection of twelve original songs has bubbled up

For an intemperate hoarder of gaudy artifacts of 20th Century pop culture, Dr. Krueger steadfastly avoids the pop tropes of the 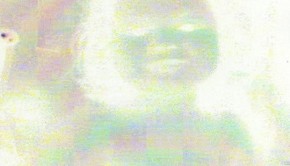 Read the words as you listen, or at another time. It really might make a difference. Being a good little