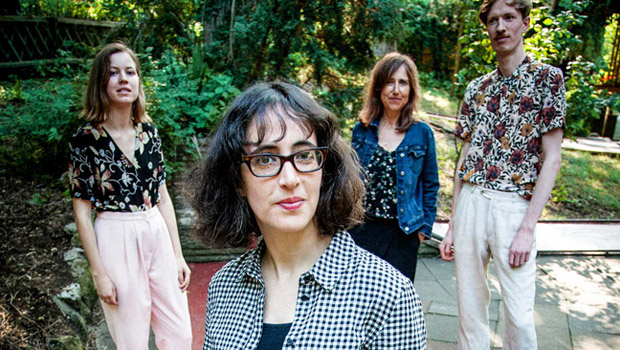 Rachel Glassberg loves disasters. Not only was her first excellent collection of homerecordings released in 2014 called “… And Other Disasters”, now she’s back with her band named: The Disasters.

Derived from the latin words “Dis” (ill) and “Astrum” (star) the italian compound “Disastro” dates back as far as the 16th century and had been used to describe events terribly gone wrong, believed to have done so because of unfavourable alignment of the planets.

In times like ours, when one political, environmental or private disasters just seems to be the segway to a new one it makes sense to view our modern lifes as “disaster management” which has become our ordinary day to day lives. For a clever songwriter like the thrity something Berliner Glassberg it makes all the more sense to exploit the great, absurd and funny stories that lie behind that perspective.

Things might suck right now but rest assured someday they’re gonna suck a whole lot more. You’re never safe, at sea or on dry land Sharknado will get you in the end. From “Sharknado”

There’s nothing new about taking troubled times and putting the spectrum of manifestations into song.Still it’s interesting what a new generation and a new artist does with that artistic freedom and Rachel Glassberg follows a quite original approach:

On their album “This was Inevitable” Glassberg and her Disasters become the chronists of urban millenial disasters and absurdities. The nine songs on the album tackle the pitfalls of a wide range of subjects like unemployment, gentrification, destructive perfectionism in creative freelance work and of course the very pressing question: Why is there always some super tall guy standing in front of you blocking your view at a rock concert? And what is he thinking?

Glassberg is part of the Berlin Antifolk scene loosley based around the cultural colective “Foutrack on Stage”, which is tightly connected to the New York scene around now closed Sidewalk Café in the East Village. Like a lot of acts connected to these scenes Glassberg likes the heavyness of her lyrics’ subjects to be disguised as jokes. Companied by a good deal of self mockery and neurosis.

The songs on “This Was Inevitable” proove everybody wrong who might have thought so. Like Jeffrey Lewis or The Burning Hell’s Mathias Kom Rachel Glassberg is an excellent lyricist, but she also knows how to deliver her message. Drenched in catchy guitar hooks and her bands driving rythms the characters Glassberg lends her voice to seem to suffer from all the misfortunes modern life has on its sleeves for them. But at the same time they are just bystanders commenting their fate with wit and joy in geeking out. It’s almost like they want to say: “Life is a disaster, but how bad can it actually be when it’s so much fun to marvel at it?”

Girl, you’re in your thirties now; you’ve gone and had your fun. In case you haven’t worked it out, your carefree youth is done. You’ve got new healthy habits to form, unhealthy ones to swear off above all this, girl, you need something to take care of. – From “Thirties”

“This Was Inevitable, America”: The solo tour 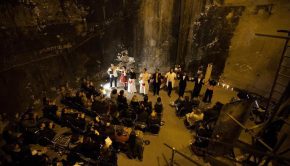