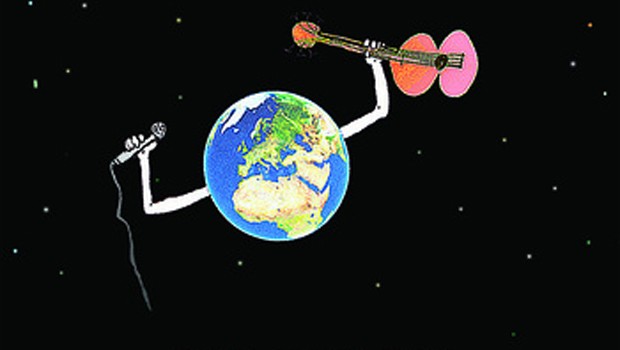 As many of you know I moved to Edinburgh, Scotland last year. One of the things that drew me to this beautiful city was the annual Edinburgh Fringe Festival as well as the year-round native talent. For the last three years I’ve hosted my perpetual open mike, Lach’s Antihoot, at The Fringe Festival and this week I am releasing a live documentation featuring some of the amazing artists who have graced the Antihoot stage.

Lach’s Antihoot Live From The Edinburgh Fringe Festival is out now on CD and available digitally from Bandcamp. The album captures that ‘you are there’ live feeling as you discover the latest songwriters and comedians that the UK Antifolk scene is producing these days and that took the world’s largest art’s festival by storm. (“Five Stars!” -The Herald, “Top Five Late-Night Show of The Fringe!”- The List).

All proceeds from the sale of the album will go to benefit Maggie’s Centre in Edinburgh, a wonderful organization dedicated to counselling cancer patients, survivors and their families. Please go to lach.bandcamp.com now where you can hear the whole album for free! You may then, if you wish, order the whole album or just your favourite tracks. You’ll be helping out a great cause and discovering some brilliant talent at the same time. If you’d like to buy an actual hard copy limited edition of the CD please click here to visit the store.

No obligation to buy but if you do enjoy what you hear and you do the whole facebook/twitter thing, well, we’d love it if you let your friends know about it too. There is no promotional budget for this project, just word of mouth and good vibes. 🙂

Lach is an Antifolk legend, having been a leader in the new folk movement that became known as Antifolk during the early 1980s in New York. Lach started up the first Antifolk nights at his 'Fort' on the Lower East side of Manhattan, and has been keeping Antifolk going ever since. Lach now lives and runs his legendary Antihoot open mic in Edinburgh.