Lach is an Antifolk legend, having been a leader in the new folk movement that became known as Antifolk during the early 1980s in New York. Lach started up the first Antifolk nights at his 'Fort' on the Lower East side of Manhattan, and has been keeping Antifolk going ever since. Lach now lives and runs his legendary Antihoot open mic in Edinburgh. 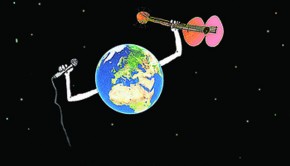