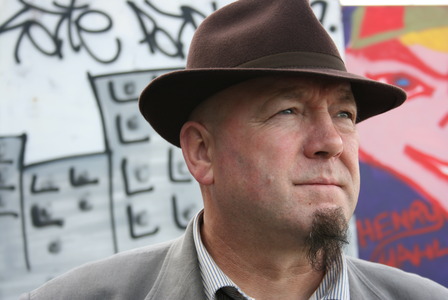 Colin Shaddick, also known as Uke Stanza, has been nominated for the Greatest British Eccentric 2009.

“For some unknown reason, I’ve been shortlisted as one of nine candidates for the title of ‘Greatest British Eccentric’ of the Year Award, and I’m still scratching my head and wondering if this is a good thing or not?” – Colin Shaddick.

On the 1st of April 2009 the Eccentric Club will revive yet another good tradition and hold it’s First Annual ‘Greatest British Eccentric’ Award Ceremony.

The panel of judges is expected to include some of well known experts in eccentricology: we have invited Lyndon Yorke – a winner of The Great British Eccentric Award in 2001, Henry Hemming – a celebrated author of bestseller “In Search of the English Eccentric”, Ben Le Vay – author of many works on eccentricity and eccentric guides to towns and cities across the UK.

To help them in their judgement, we will offer for their consideration results from two independent online polls – one held amongst general members of the public, and the other – consisting exclusively of the votes of the Eccentric Club members and candidates for the Club’s membership.

To take a look at the nine nominees proposed by the members of the Club Committee, please click on the link: www.eccentricclub.co.uk/greatest-eccentric-award.php
then vote for the one you believe to be most eccentric of them all!